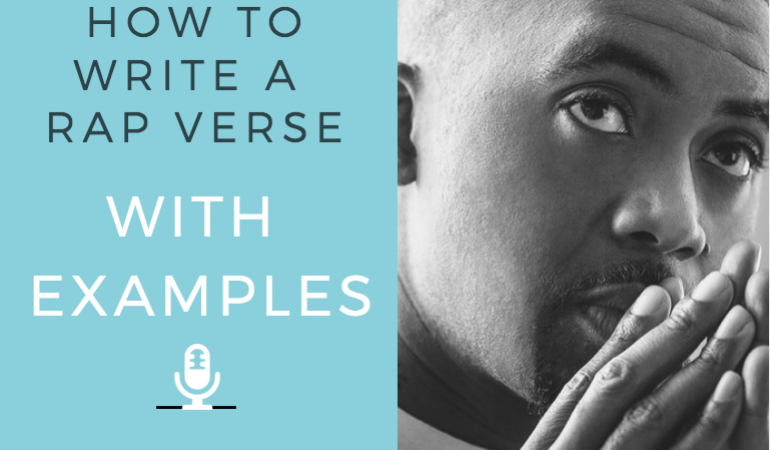 Just before we dive into the crux of the article, where I show you how to write a rap verse examples. These are just my tips and opinions on what I feel you should do to learn how to write a 16 bar verse.  Hip Hop verse writing styles come in all different types of styles.

THERE IS NO ONE WAY OF DOING EVERYTHING !!! insert smiley face

How Do You Even Start A Rap Song ?

When you first sit down and start writing rap verses, it’s important to keep your fans and the audience you’re writing for. Many rap artist stuff there songs with lyrics that are not integral to the song and carry no meaning.

This hinders the audience from listening to the other songs that you have created. Rap lyrics that contain just meaning, won’t hold up on their own either.

You need to construct your meaningful lyrics in a way that is ear catching and radio friendly to your fans.

.
Everything you do has to build rapport or a connection between you and the listener. Otherwise both parties are wasting their time.

Today there is so music out there, and it has never been easier for people to consume music.

So your rap lyrics and verses must be quality from the get go.

Hip Hop is such a cruel and critical music genre. Rap music must the only genre in the world where rap artists create negative songs {Diss Records} based on the rapping skills / music content of another artist.

These points I mention above are not to frighten you or hinder you from writing. These points are there to give you drive , focus, and confidence that if you are going to write rap verse, you need to give it everything.

.
When rappers ask me how to write rap lyrics with meaning, I always tell them to find songs that mean something to them.

Then study it. In every other musical genre, people have to study those that came before them. So how come rappers don’t ?

When you study a famous rapper, you are effectively developing skills from each rapper or rap song you practice.

For example, Let’s take 2 different rap songs a look closely at their lyrics.

How to write a rap verse Examples 1

Look at that big house, that Porsche paid for by crime

How could I sell this poison to peoples in my mind

They dumb to destroy themselves is how I rationalize”

Structurally Nas sentences in this section of Triple Beam Dreams are short and sweet. Painting an imaginary image in the minds of his fans.

The reality of a child/young Nas that is conflicted by the power and wealth crime can give you. But what you have to do, and the people you have hurt when you carry out that crime, just so you can use the rewards.

Coming up with excuses to justify your actions. It’s an amazing skill where Nas Play devil’s advocate within his mind so can reap the rewards of crime.

Not feeling any emotion for his actions, because the people he hurts are criminals or drug addicts too.

I picked these lines here because of its simplicity rhyming wise and the meaning behind the lyrics. The ending words {time, crime, mind, rationalize} from every line glues the song together to make it essentially a rap verse.

Focus in on those power words too like { Remember, Scarface , Big House, Porsche, Poison, my peoples, } all help create the meaning behind the lyrics of that rap verse?


I won’t go through the whole song but for me, I think Nas’s lyrics and the complete 16 bars of Triple Beam Dreams, on the paper written down, looks simple but is expertly crafted into an amazing rap verse with deep lyrical meaning.

This is essentially what you have to do when writing your rap verses. You have to be able to use your words in a clever way with meaning. That should help the audience paint themselves in their mind of the protagonist in that song.

“Oh, only hope I had is selling dope

My momma taught me never steal and never tell on folks

I grew up looking up to niggas that were selling coke

No religion I was getting saved by the Glock nine

By the minute I was getting paid like a hotline”

Like the previous example, Meek Mill uses memory in his storytelling in the lyrics of Ambition. Using memory or recalling incidents in your life or the life of someone else is a good way to start.

Flesh out the meaning of your rap verses with content people can relate too.

Meek in this section of his 16 bars he clearly portrays the harsh reality of his surroundings as a kid. Growing up crime and drug dealing is all around him.

Forced to choose between a lucrative life of drug dealer, with one eye over your shoulder all the time , or the cruel reality of poverty sleeping on the cellar floor.


Meeks lines in this piece are longer than the Nas example. Even though the tempo of the Ambition instrumental is slow, he raps a little bit faster in the last 3 lines of each bar.

Here he can fit more words into each bar to tell the story of the song. The first sentence of each bar is short like an opening statement.

Then the last 3 words of each line have two purposes when Meek was writing rap lyrics for this verse. They form the alliteration, which will cement the verse together.


But in this example, they also are power words integral to the meaning of the song. They have an accentuation that strikes fear into the minds of the audience, with gun culture , drug culture, and wealth of being a criminal.

It’s a good technique for you to practice the way each of these rappers, raps the lines in these verses. Learn the flow of the lines and how they rap to the beat. When you have mastered their lyrics and they flow over the beat.

Create your own verse to each of these songs. Imagine if you were asked by this artist at that time to collaborate on the song with them. What would you write ? Who would you write about ?

Get into the habit of carrying a small notepad with a pen. Any time inspiration comes to you write it down. Or record your idea’s and concepts onto your phone to come back to later.

Some artist’s sacrifice the quality of their music to jump on trends.

Different styles of hip hop become current in the mainstream every so often.

When some rappers sacrifice quality lyrics for a catchy jingle, for momentary financial gain, they never develop a real fan base of their own.

Once the bandwagon has left town, these sell outs will have to continue to collaborate with current artists to keep their careers alive. Stay true to yourself and rap about what makes you feel good or share a story that means something to you. 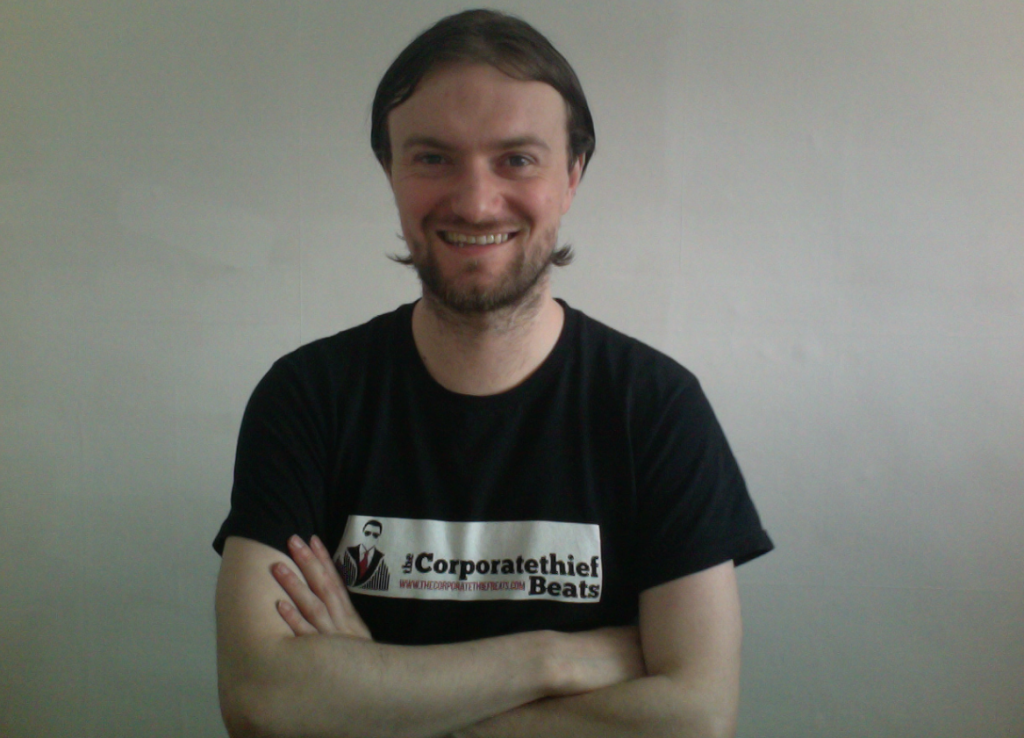